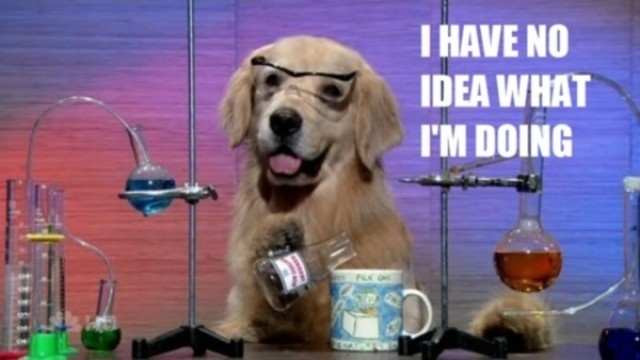 When asked what the largest difference between humans and animals is, most people would respond that humans are leaps and bounds ahead of even our closest relatives in terms of intelligence. Indeed, until recently the very idea of comparing human and animal intelligence was considered insulting. However, new research into animal behavior and psychology, combined with insights into our own mental functions, indicates that this is not the case. While it is undoubtedly true that we are “smarter” than other animals, the mental abilities we take so much pride in may not be unique to us after all.

Metacognition, or the ability to think about our own thinking, has traditionally been considered the province of human beings alone. Over the past century, however, evidence has been accumulating that at least our closest relatives – chimps, bonobos, gorillas, and orangutans – share this ability. Josep Call at the Max Planck Institute for Evolutionary Anthropology conducted a study in which apes had to choose which of two tubes contained a piece of food. The trials varied; sometimes the ape would watch which tube the researchers baited, sometimes not, and the length of time between baiting and allowing the ape to look for the food was changed. What they found was that the longer wait time the ape had between baiting and searching, the longer it would take to decide which tube to choose, and the more it would check the tubes before choosing. This indicates that the ape is aware that it might be wrong and is considering its own thoughts.

Ape intelligence isn’t so surprising; after all, they are our closest relatives. They can learn sign language, form complex social structures, and show problem solving abilities comparable to 3-5 year old children. However, they aren’t the only animals surprising researchers with their intelligence. Recently, David Smith, Ph.D., of the University at Buffalo has shown that monkeys enjoy metacognition as well. In his study, macaques trained to use joysticks were given the option of answering “uncertain” if they needed additional information from researchers on how to perform a specific task. When presented with a new task that they did not know how to perform, they indicated they needed help. This means the monkey can actually analyze its own level of knowledge and find it lacking.

Even dogs show a level of intelligence comparable to that of a 2-year-old child. Border Collies, the most intelligent breed of dog, can learn to correctly interpret up to 250 words and commands, while average dogs can learn up to about 165. Professor Stanley Coren, a leading expert on canine intelligence at the University of British Columbia in Vancouver, has even shown that dogs can deliberately deceive, something that children don’t do until they are older. Interestingly, wolves do not display these abilities, even though they are genetically similar enough to dogs to interbreed. When a person points at an object, the dog will look at the object, whereas the wolf will look at the person’s finger. Canine intelligence is therefore likely a result of dogs’ close association with humans and our selective breeding for it.

Mammals aren’t the only ones that show incredible cognitive abilities, though. Parrots’ ability to learn and speak human words is well known and apocryphal. It was long thought that they were just dumbly mimicking sounds they heard, but recently it has been acknowledged that, for the most part, they actually understand what they are saying. A grey parrot named Alex was made famous by researcher Irene Pepperberg for his extensive vocabulary of over 150 words, and his ability to correctly identify and label many different objects. He even asked what color he was, and learned the word “grey” after being told only six times.

Even invertebrates are showing surprising mental abilities. Cephalopods, especially octopi, have recently been recognized for their incredible problem solving abilities, their display of emotions, and their individual personalities (they can also apparently predict soccer matches). They even play when they are bored, and alter their technique of obtaining food when the conditions are changed. Social insects, too, show a high degree of decision-making abilities. In their case, individual members of the colony are not very intelligent, but they act together as a coherent group to make decisions. With many of their tiny brains working together, they are able to make collective decisions about where to nest, where to feed, and how to respond to threats.

If other animals have all of the same mental abilities that we do, why are we so different from the rest of them? The answer lies in the degree to which these abilities are used. Humans have a huge pre-frontal cortex, even compared to our closest relatives, chimps and bonobos. This is the area of the brain responsible for planning and decision making in mammals, and this is what allows us to create all of the technology, art, and science that make our species unique. Some animals have exaggerated claws, teeth, or other attributes that are their primary tools of survival; in our case, it is our enormous pre-frontal cortex.