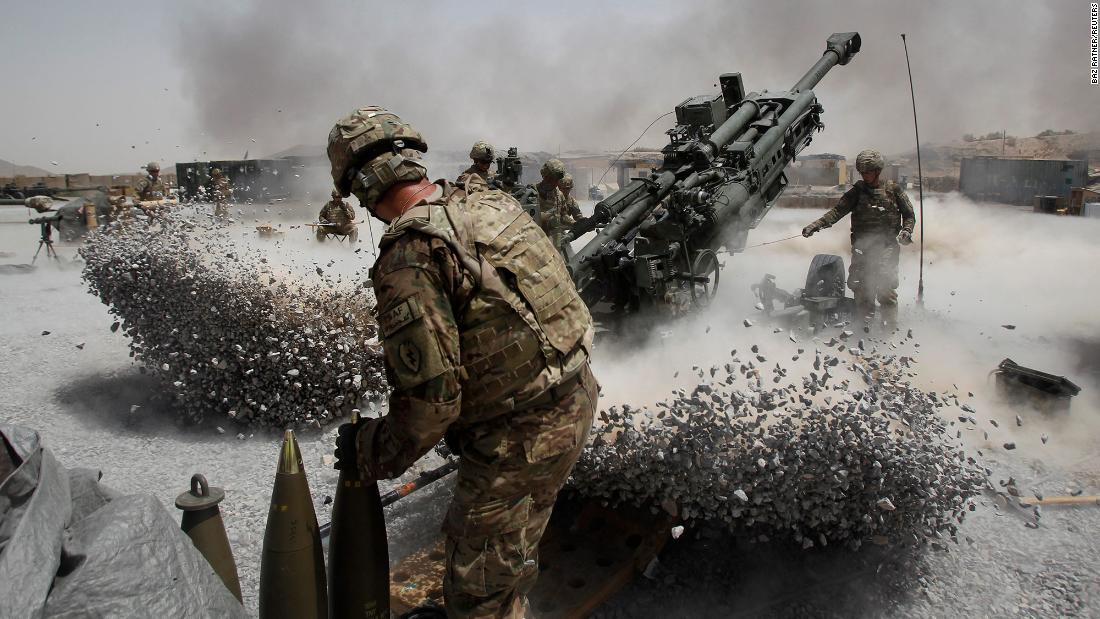 Militaries have traditionally been among first institutions to adopt new technologies. This is generally due to their large budgets, and the fact that a lot of research occurs within the military structure. In the past, success in battle relied largely on numbers. Now, a smaller, better-equipped force can easily dominate a larger, less advanced one.

The United States has relied on its technological superiority in warfare since the end of World War II. The possession of nuclear weapons successfully deterred an attack on the United States until 2001, when we were attacked by a stateless entity that we could not retaliate against with nukes. The battlefield of the future will be much different. Strategic, precise attacks will become more important than laying waste to whole cities, and plans for future weapons reflect this need. Here are a few of the concept weapons that may make their way onto battlefields in the near future:

Railguns are not a new concept, and in fact have been around for years. Two contacts, or “rails,” are charged with electric current, which creates a magnetic field and propels a metallic projectile at incredible speed. Without any explosives, the projectile uses its huge amount of kinetic energy to destroy the target. In February of this year, the US military tested a prototype railgun that it hopes to deploy by 2020. The prototype was able to launch a 40-lb projectile at over 5,000-mph over a distance of 100 miles. Currently, the Navy has 5-inch guns that can hit targets within 13 miles. The potential of the railgun to revolutionize naval warfare is immense. The railgun, with its enormous range, could even lend supporting fire to soldiers fighting on land.

Recently, the US airforce launched the mysterious X-37B robotic space plane, and it caused quite a stir for anyone paying attention. The Air Force refused to divulge its classified purpose, leading many to speculate it was an anti-satellite weapon, or an orbital bomber. While the military denies these rumors, there is a project on the docket that does all of these things, and more. Called the Falcon HTV-3X, the proposed vehicle could take off from a runway, accelerate to mach 6, achieve low orbit, and land on the same runway it started from. This is no easy task, and requires three different propulsion systems: a jet for take-off, a rocket to accelerate to top speed, and a scramjet for sustained hypersonic flight. The trick is getting these 3 systems to work together seamlessly. However, if the technical challenges could be overcome, the Blackswift could be used in any number of ways; to launch satellites, spy on our enemies, and even bomb them without putting itself (or a pilot) in harm’s way.

No article weapons technology would be complete without at least one mention of DARPA, the pentagon’s research and design wing. This time, the scientists at DARPA have created tiny, flying spy-bots that are likely to see action soon. These tiny flying drones will provide invaluable intelligence to soldiers in the field, allowing them to peek at enemy positions without being in the line of fire. Currently, the tiny machines are the size and shape of a hummingbird, and to the untrained eye it looks just like the real thing. Future versions are likely to be even smaller, mimicking flies, bees, and other insects. So be careful the next time you squash a bug; you could end up owing the US military thousands of dollars.

After being promised they would exist by science fiction for the past 60 years, real, usable laser weapons are finally on the horizon. Every branch of the US armed forces has some kind of laser development program currently underway. The Air Force is the closest to deploying an actual laser weapon, which is mounted on a modified Boeing-747and used to shoot down ballistic missiles. For ground troops, Scorpworks, a research unit in the Laser Division of the DED, has created what they call a PhaSR (or Personnel Halting and Stimulation Response), which uses a bright laser beam to “dazzle” opponents. The beam temporarily blinds anyone looking into it and makes seeing the source and location of the soldier using the PhaSR impossible. While not as awesome as its Star-Trek namesake, it will definitely be useful to our troops in combat.

Future weapons systems are as much concerned with the safety other others as with the destruction of adversaries. This is a far cry from our policy in World War II, when nuclear weapons were deployed against civilian targets in order to end the war. Hopefully, in the future, those kinds of tragedies can be avoided by using smarter and better weapons.

Animals Apparently not as Dumb as They Act

Author Lelia LamoreauxPosted on May 15, 2021
The question of violence in video games has lead to concern from parents and policy makers throughout the world for years. However, few people...
Read More

Author Lelia LamoreauxPosted on May 15, 2021May 15, 2021
To the lawmakers considering current violent video game legislation,ï¿½ Do yourself a favor and give up. For those that need a refresher, there’s current...
Read More

Automotive
Author Lelia LamoreauxPosted on June 9, 2021June 9, 2021
In this modern world, there is more number of fastest cars are available which will provide you the best performance at the time of...
Read More

Health & Fitness
Author Lelia LamoreauxPosted on May 19, 2021June 9, 2021
In the digital era, there is an app for everything such as finance, media, banking, games, education, etc. Due to the increasing growth of...
Read More

PlayStation
Author Lelia LamoreauxPosted on May 15, 2021
Uncharted: Drake’s Fortune was released on November 20 for PlayStation. It was developed by Naughty Dog Software. The game takes you on an adventure...
Read More

PlayStation
Author Lelia LamoreauxPosted on May 15, 2021
Killzone 2, developed by Guerrilla Games and Published by Sony Computer Entertainment, is the third installment in a series of innovative first-person shooters available...
Read More

Author Lelia LamoreauxPosted on May 15, 2021

Author Lelia LamoreauxPosted on May 15, 2021
We use cookies on our website to give you the most relevant experience by remembering your preferences and repeat visits. By clicking “Accept”, you consent to the use of ALL the cookies.
Cookie settingsACCEPT
Manage consent

This website uses cookies to improve your experience while you navigate through the website. Out of these, the cookies that are categorized as necessary are stored on your browser as they are essential for the working of basic functionalities of the website. We also use third-party cookies that help us analyze and understand how you use this website. These cookies will be stored in your browser only with your consent. You also have the option to opt-out of these cookies. But opting out of some of these cookies may affect your browsing experience.
Necessary Always Enabled

Performance cookies are used to understand and analyze the key performance indexes of the website which helps in delivering a better user experience for the visitors.

Analytical cookies are used to understand how visitors interact with the website. These cookies help provide information on metrics the number of visitors, bounce rate, traffic source, etc.

Advertisement cookies are used to provide visitors with relevant ads and marketing campaigns. These cookies track visitors across websites and collect information to provide customized ads.

Other uncategorized cookies are those that are being analyzed and have not been classified into a category as yet.