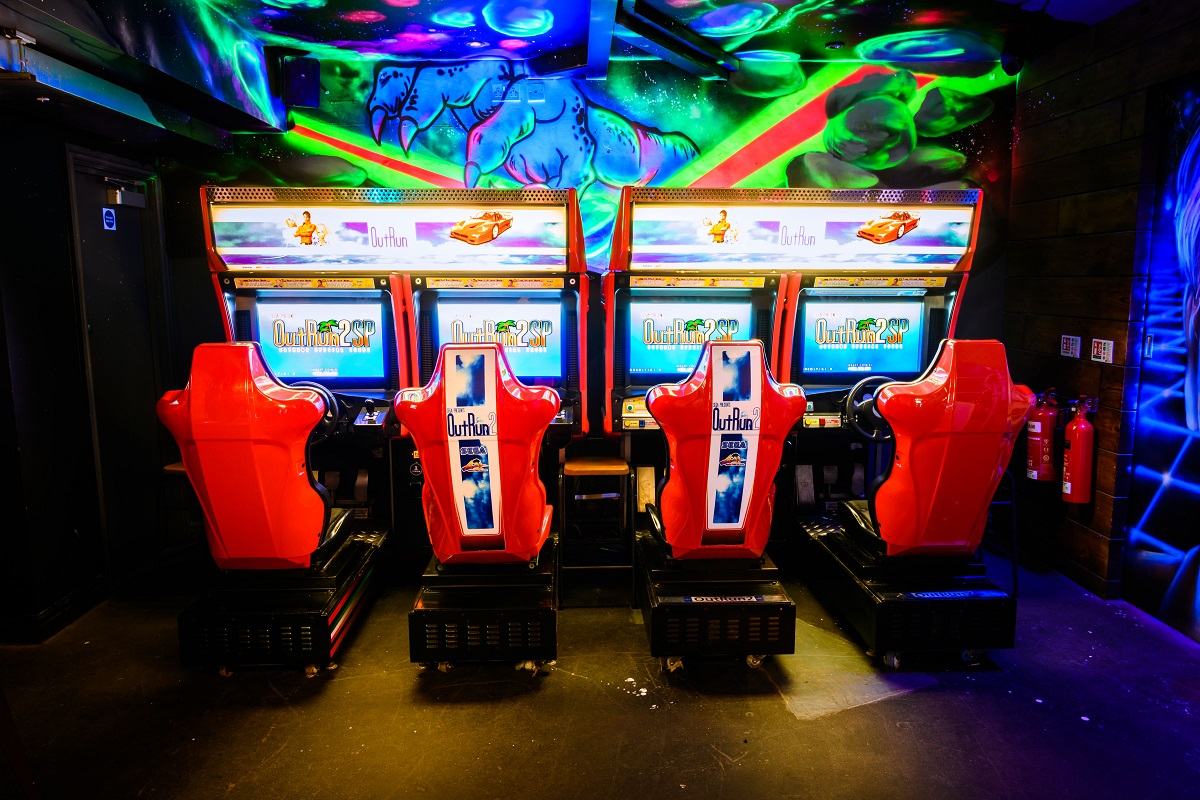 I used to play Pengo quite a bit in the arcades when I was a wee one who could barely reach the controls. I have fond nostalgic memories of it, but prior to this review I hadn’t played it in a good twenty years, and coming back to it I now find that I kind of hate it.

The game stars you as a red penguin who has to crush evil multicolored balls by pushing blocks of ice. The objective is simply to crush them all as fast as possible for maximum points, but you also can fanagle bonus points by lining up diamonds that appear in random spots on the board. You can generate blocks of ice at will, but the evil blobs whip out ice axes or something when they encounter them and bash their way through. The idea is to get them distracted breaking up one block while you stand behind it with another at the ready, to smash them with as soon as they finish destroying the first block.

At first the evil blobs are slow and rather stupid, but after a few levels they drastically pick up speed. They plow through your blocks very quickly as well, and it becomes a matter of crackerjack timing to smash them with a block before they get their claws on it and destroy it right in front of you.

Ultimately the game tends to be more tedious than fun. The evil blobs just have you at too much of a disadvantage, and the tile-based movement the game uses is clunky and annoying.

Author Lelia LamoreauxPosted on May 15, 2021May 15, 2021
The Legend of Valkyrie gave Namco a significant boost in Japanese arcades that they would later parlay into the Ridge Racer and Soul Calibur...
Read More

Author Lelia LamoreauxPosted on May 15, 2021November 3, 2021
Who hasn’t played Mario, the Legend of Zelda, Raymen, or other video games with platformer and adventure elements, and thought, “I could make this...
Read More

Author Lelia LamoreauxPosted on May 15, 2021May 15, 2021
Those creative geniuses at Nintendo have done it again. With all of the Wii’s critics already being silenced, Nintendo has set out to create...
Read More