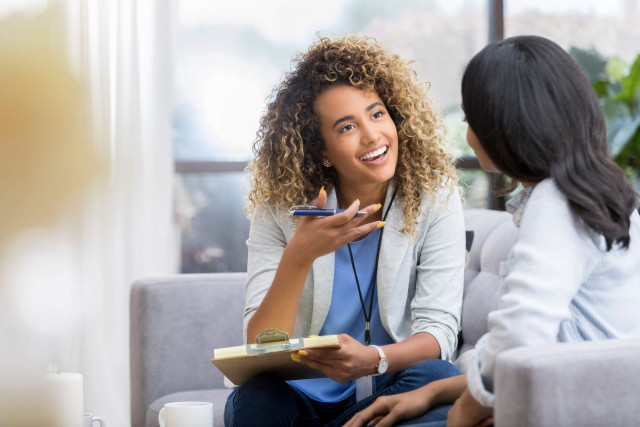 Traditional psychology tends to focus on the problems of the mind, treating it like it was any other organ in the body; only paying attention to it when something went wrong. Numerous studies have been done on depression, anxiety, and phobias, but very little was known about their opposites. “I’m in a department of psychiatry, and psychiatry does not have a good model of mental health,” says clinical instructor in psychology Nancy Etcoff, who is based at Massachusetts General Hospital (MGH). “Is there a model of mental health beyond ‘no mental disease’?”

Recently, a new direction in psychological research has gained traction called “positive psychology.” This is the study of what makes us happy, not only in the moment, but for the long-term as well. Research in this field did not begin in earnest until 1998, when University of Pennsylvania psychologist Martin Seligman hosted a conference in Akumal, Mexico. “I realized that my profession was half-baked. It wasn’t enough for us to nullify disabling conditions and get to zero. We needed to ask, What are the enabling conditions that make human beings flourish? How do we get from zero to plus five?” The goal of the conference was to shine light on the work of researchers like psychologist Edward Diener, aka “Dr. Happiness.” Ever since he received tenure, Dr. Diener had been doing research on what does and does not bring satisfaction into a person’s life.

Since the first conference, the field has exploded. The past decade has seen a shift in focus in the field of psychology away from what makes us miserable towards what makes us happy. But why has there been a focus on the negative side of psychology in the first place? Traditional medicine is geared towards fixing problems when they arise. The assumption is that the default state is the state we should attain to. However, this isn’t necessarily the case with the mind. While we certainly want to fix problems when they occur, the “default state” of “not miserable” isn’t the best we can do. The goal of positive psychology is to achieve more and lasting happiness, moving us from the “default state” into a more positive mindset.

Unsurprisingly, a number of things that make us happy and give us feelings of well-being are rooted in our evolution. For instance, people enjoy being on top of a large hill because it allows them to see the landscape around. Conversely, people also enjoy privacy and security; having some kind of refuge. These are evolutionary responses to our status as both predator and prey. Nobel Prize-winning psychologist and behavioral economist Daniel Kahneman of Princeton, in his book “The Marketplace of Perceptions,” asked thousands of people to keep diaries of their daily activities and the emotions they felt. Unsurprisingly, people felt the most negative emotions during their commutes to and from work. What made people feel the happiest were interpersonal relationships – echoing our evolutionary need to belong to a group.

In a recent study conducted by Dr. Kennon Sheldon of the University of Missouri, 481 participants were surveyed about their happiness. Six weeks later the same subjects were interviewed about a positive life change that had occurred during that time. After another six weeks, the participants were interviewed again about whether or not the boost of happiness stayed with them. What they found was that the majority of people returned to their previous levels of happiness, while only a few were able to maintain that happiness boost. The key, Dr. Sheldon says, is to keep having fresh, positive experiences. For instance, a subject that entered a new relationship with a person was able to maintain their happiness by having new experiences and doing new things with the other person. On the other hand, the majority of people stopped having new experiences and instead began focusing on what could be better.

And so it seems that the key to having a happy, fulfilling life, no matter who you are or where you’re from, is to engage in interpersonal relationships with other people, but not allowing them to stagnate. Material possessions provide a momentary boost to happiness, but unless you keep finding new and interesting things to do with it, that happiness will quickly fade.