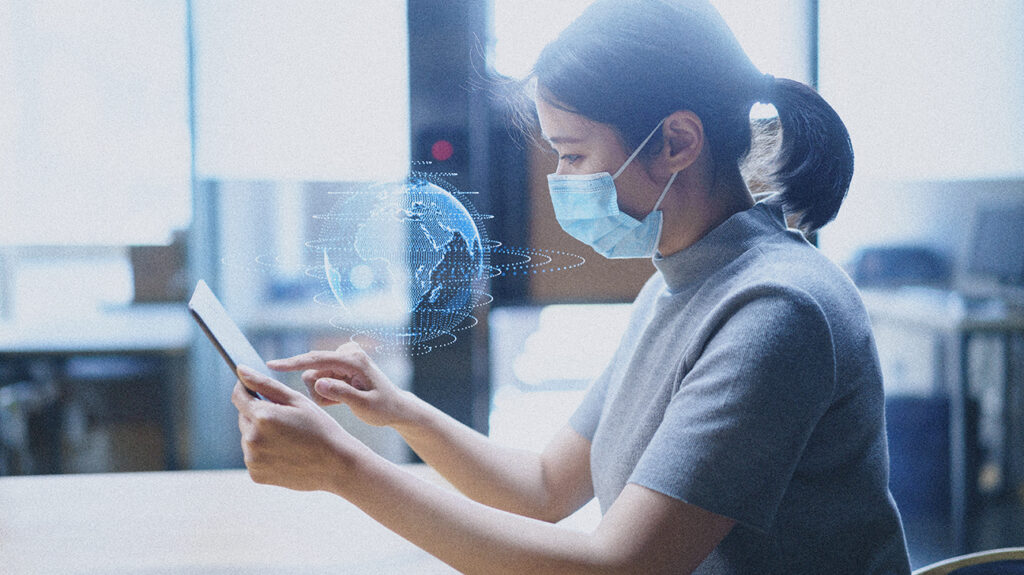 Recent advances in medical technology are taking us to astounding new places. As our understanding of human biology gets better and better, we will not only be able to heal the sick and disabled, but augment our senses and increase our abilities as well. Here are three technologies that promise to not only aid the disabled, but make all of our lives easier as well:

Helping the blind to see again is certainly an important breakthrough. Current technology has just reached the stage where we can replace damaged and degenerate retinas with an electronic equivalent. Recent research at Stanford has even created a bionic eye that eliminates the need for bulky wiring and batteries, which are the main problems that have been plaguing such devices to date. A pair of glasses with a camera built into the frame record an image which is then sent via infrared light to the retinal chip at the back of the eye. The infrared signal not only sends the data but also powers the tiny implant, making the procedure much less invasive and uncomfortable.

This kind of implant will only work on those with age-related macular degeneration and retinal pigmentosa – so it won’t help those that have been blind from birth or have suffered damage to the optic nerve itself. However, successful tests with rats have shown that these devices are quit practical in allowing subjects to perceive shapes and colors after they have begun to lose their ability to see.

Eventually, it will be possible to utilize this type of implant with augmented reality technology, sending signals directly through the eye to the optic nerve. Rather than just displaying information on a pair of glasses, it will seem as if the data is actually there, floating around in the environment.

Simple actions that most of us take for granted can be among the most frustrating losses of disabled individuals. For the first time in 15 years, a disabled woman was able to reach out and sip from a drink on her own. However, she did not use her own arm to do so, but rather a robotic arm linked directly into her brain using the new BranGate brain-computer interface (BCI). This research has been ongoing for years, and while previous studies had proved that people can use the device to move a cursor on a 2-dimensional screen, this is the first use of the technology in physical space. The implications are incredible. No longer will disabled individuals need to rely on others, but as the system becomes more sophisticated, they will be as completely mobile as non-disabled people. Indeed, as our mastery of robotics becomes more fine-tuned, these prostheses will be able to perform better than the standard human appendages.

Research into BCIs is accelerating at a phenomenal pace. Not only will these systems allow the disabled more control over their lives, they will enhance all of our abilities as well. Future BCIs will allow direct communication between the brain and a computer – the only place you’ll see a keyboard and mouse in the future is in a museum.

Paraplegics are getting a helping hand from the Department of Defense. A program designed to create an exoskeleton to give soldiers super-human strength has led to the development of a private company named Ekso Bionics . Recently, they have begun production of a “wearable robot” that enables paraplegics to walk again. As long as the wheelchair bound individual has the upper-body strength to transition from a wheelchair to a regular chair, and balance themselves on crutches, this exoskeleton will do the rest. Comprised of four electric motors that replace the function of a person’s hips and knees, and fifteen sensors hook into a computer worn like a back-pack that functions as the unit’s control system.

While not quit as impressive as Iron Man’s robotic armor, Ekso Bionics has set itself the goal of creating an exoskeleton that’s worn “like a pair of jeans.” As this technology progresses, no doubt we will see exoskeletons on the battlefield, and more than likely in many other labor-intensive jobs as well.

It’s amazing to see how far we’ve come in just the past ten years. Our understanding of the human body and our ability to interface with technology are progressing at such a rapid pace that we are outpacing the expectations of many of the most optimistic futurists. While these kinds of research will mostly benefit the disabled initially, it’s only a matter of time before they find their way into all our daily lives. The potential is there, all we need is the will and the dedication to make it happen.

This is Your Brain on Happy

Author Lelia LamoreauxPosted on April 29, 2021May 19, 2021
The late 60′s were the dawn of the space age – the first satellite went into orbit a decade earlier, and by the end...
Read More

Author Lelia LamoreauxPosted on April 28, 2021May 19, 2021
Nearly 16 years ago, the world marveled at the birth of the first cloned mammal: Dolly the sheep. While experiments with cloning technologies had been...
Read More